These digital assets could make you significantly richer over the next decade.

Rampant inflation and rising interest rates have led to a significant sell-off across several asset classes, but crypto assets have been hit especially hard. Since peaking last November, the crypto market has fallen roughly 42%, and some analysts are now forecasting another crypto winter — a prolonged period of suppressed prices.

What does that mean for investors? The last crypto winter was brutal — the market saw 88% of its value erased in 2018. But prices have more than rebounded since then, rising 1,700% in the last few years. From that perspective, the current downturn actually looks like a buying opportunity, and Bitcoin (BTC -3.21%) and Ethereum (ETH -4.14%) should be on every crypto investor’s list. 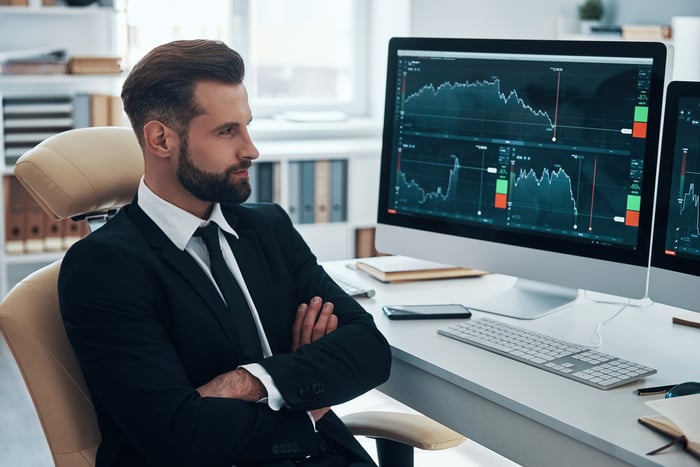 On several occasions, Ark Invest Chief Executive Officer Cathie Wood has explained the significance of Bitcoin as the first global, private, decentralized monetary system ever invented. Never before in human history has there been a borderless currency beyond the control of any government or centralized institution. That fact alone makes for a compelling investment thesis.

Bitcoin also benefits from scarcity. Its supply is limited to 21 million coins, and if demand continues to rise, that scarcity will make it more valuable over time. That would make Bitcoin a powerful hedge against inflation because its purchasing power would actually increase over time.

Some investors may disagree with that statement, but the data so far is clear: The consumer price index has risen about 30% in the last decade, meaning the U.S. dollar is worth less today than it was 10 years ago. But Bitcoin’s value has deflated by 99.996% against the dollar, according to Bloomberg, meaning it is worth significantly more.

Investors have good reason to believe demand for Bitcoin will continue to rise. Crypto fever has moved beyond retail traders. According to Fidelity, institutional investors are increasingly interested in digital assets, especially Bitcoin. Beyond that, Bitcoin has also become an important part of the treasury strategy for many companies and governments. In fact, those entities own more than 3% of circulating Bitcoin.

Ark Invest thinks those trends will continue in the coming years, and the firm believes the resultant demand could push Bitcoin’s market cap to $28.5 trillion by 2030. At that level, each coin would be worth nearly $1.4 million, which implies a 36-fold return from its current price of about $38,000. Sounds pretty good, right? Even if that doesn’t happen, Bitcoin is still a popular asset with a finite supply. Those qualities should create wealth for long-term investors.Collapse

The Bitcoin blockchain is just a digital ledger for transaction data, but the Ethereum blockchain can run self-executing computer programs known as smart contracts. Since its 2015 debut, smart-contract technology has evolved into a thriving ecosystem of decentralized applications (dApps) and decentralized finance (DeFi) services.

Ethereum has parlayed its status as a smart-contract pioneer into a significant competitive edge. It currently ranks as the largest DeFi ecosystem by a wide margin, with $110 billion invested on the blockchain. That figure accounts for 55% of all DeFi investments on any blockchain. Unfortunately, that popularity has resulted in significant network congestion, which has sent transaction fees soaring.

As a result, numerous rival blockchains have emerged to challenge Ethereum, though none come anywhere close to its scale. More importantly, the developer community has a fix in the works. A scaling solution slated to launch in 2023 could accelerate Ethereum’s throughput to 100,000 transactions per second — that’s four times more than Visa‘s network can handle.

With that in mind, Ark believes Ethereum could take market share away from traditional financial services providers. As adoption of Ethereum-based software and services rises, demand for the underlying cryptocurrency should rise, both because it’s used to pay transaction fees and because it’s the preferred collateral on the platform. To that end, Ark thinks Ethereum’s market cap could surpass $20 trillion in the next 10 years. That implies 59-fold returns from its current market cap of $332 billion and is why this cryptocurrency is worth owning.

Before you consider Bitcoin, you’ll want to hear this.

Our award-winning analyst team just revealed what they believe are the 10 best stocks for investors to buy right now… and Bitcoin wasn’t one of them.

The online investing service they’ve run for two decades, Motley Fool Stock Advisor, has beaten the stock market by 3X.* And right now, they think there are 10 stocks that are better buys.